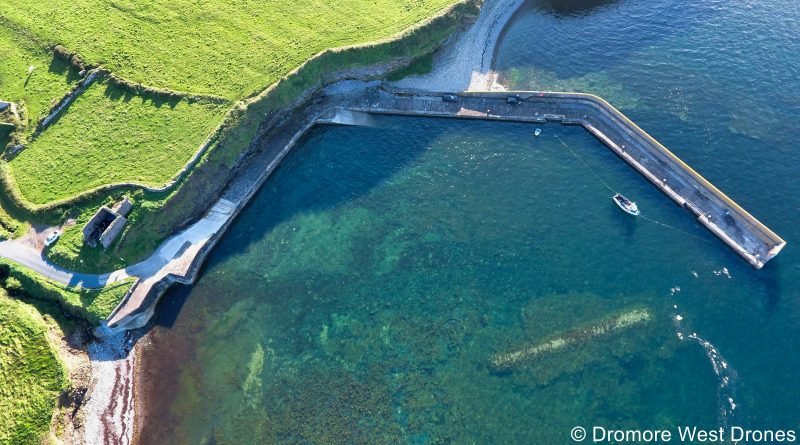 Minister Creed has awarded Sligo County Council €103,500 for work on Pollnadivva Pier for rebuilding/repairing of wall quay surface, repair of deck and rebuilding of core.  This forms 75% of the total cost of the €138,000 project.

Following years of petitioning by local residents and those in the fishing and recreation industry, Pollnadivva Pier, in Templeboy, Co. Sligo is receiving much needed funding from the Department of Agriculture Food and Marine through a Capital Programme for Harbour Projects.

This news is welcomed after concerns were most recently raised by local residents of the area in January, when Pollnadivva Pier suffered further erosion after it was hit by winter storm tides.  Emergency repair works were carried out by Sligo County Council, however further breeches in the pier were appearing and worsening. This funding will allow for the rebuilding and repairing of the wall and quay surface, repair of deck and rebuilding of core.

“I am delighted to hear that Minister Creed’s department will be allocating €100K plus towards the repair and upkeep of this West Sligo pier.  The local people have been looking for maintenance and repair works to be carried out for the past 20 years. This pier is used for walks, swimming, recreational boat launch, but also Wild Atlantic Outdoors and at least 2 local fishing families use this pier – so this was affecting their livelihood.  And this news comes after much hard work from local people, and deliberation with them, Sligo County Council, Deputy McLoughlin and the Minister’s office.”

“Recently, locals carried out research about Pollnadivva Pier, and they gauge that the pier was built in the early 1800’s.  This was an incredible engineering feat for its time, carried out mostly by local people. And it is a credit to the local community today who do not want to see it be washed away and have been tirelessly asking for repairs.”

The Minister for Agriculture, Food and the Marine, announced details of a €2.2m package to assist 12 Coastal Local Authorities to undertake and complete 39 development and repair projects on harbours and slipways owned by them. The package provides funding for maintenance and repair works in addition to supporting the ongoing development and enhancement of harbour facilities including some marine leisure developments.

The Minister said; “I am delighted to announce the continuation of our programme to assist Coastal Local Authorities in the repair and development of fishery and aquaculture linked marine infrastructures under their ownership”.

The Minister went on to say; “The Local Authority owned harbours in receipt of funding under this year’s programme play a critical role in the social and economic wellbeing of rural coastal communities. In addition to an immediate employment spin off during the works, this funding contributes to the ongoing development of fishing related activities, increasing participation in marine leisure and supplementing measures to attract greater numbers of tourists which ultimately create the environment for sustainable job creation opportunities in rural locations”

Minister Creed concluded the announcement by saying; “The €2.2m package I am making available in 2019 provides funding for a diverse suite of projects geographically spread across 12 Local Authorities which will enhance the amenities provided to the wider Marine community in these coastal areas. It continues my commitment to rural development and builds on the success of previous programmes”.

There are no upcoming events at this time.